Half, full or multi-day Townsville fishing charter packages, flexible and tailored to suit anglers’ desires as well as seasonal options including both bluewater and estuary fishing options.

Enjoy the best fishing charter opportunities that Townsville and tropical North Queensland have to offer with the added bonus of breathtaking backdrops including Magnetic Island, the Palm Island group and World Heritage listed Hinchinbrook Island.

Meanwhile, the fish rich waters of Bowling Green Bay – and the creeks and rivers within – promise an angling adventure not easily forgotten. Potentially, the fish of a lifetime awaits your very next cast!

Our most popular species include arguably Australia’s premier sportfish, the barramundi. Or chance a cast for a jack or fingermark, equally challenging and great on the plate!

And should you want to try something different, perhaps walk a mountain stream in search of exotic and challenging jungle perch, barra, jacks and tackle testing sooty grunter!

With more than 320 days of sunshine each year, fishing is considered the local pastime… and we have some great options for you!
learn more

Fish City Charters is a personalised fishing charter operation run by skipper Eddie Riddle. Eddie has more than 30 years fishing experience in Townsville and North Queensland waters and is well recognised as one of the regions most successful anglers. He is also the local fishing columnist and has the inside info on what’s biting and where!

Fish City is a custom built and surveyed 5.6m centre console vessel and is equally capable in shallow estuary waters as it is in North Queensland’s deeper reef and shoal waters.

Skipper and guide Eddie Riddle has more than 3 decades fishing experience in Townville waters and is recognised as one of the regions most successful anglers.

Eddie arrived in Townsville in 1985 and never left, embarking upon a career in the recreational fishing industry – the last 10 years as a full-time fishing guide.

Eddie has also been the fishing columnist for the Townsville Bulletin since 1995 and knows as much about fishing in Townsville as anyone! More…

Fish City is a custom built and surveyed 5.6m centre console vessel and is equally capable in shallow estuary waters as it is in North Queensland’s deeper reef and shoal waters.

Fish City hosts a comfortable 3 and allows anglers to test their skills in open waters as well as within popular creeks, rivers and larger estuaries.. More…

Fish City Charters supplies a range of high-quality mid-range gear for use on a replace if lost/broken basis although anglers are welcome and encouraged to bring their own specialist fishing tackle.

Fish City’s tackle includes rods and reels from popular and well-known stables such as SHIMANO, DAIWA and PENN, all of which are synonymous with superior performance and reliable quality in the harshest of North Queensland environments – both fresh and saltwater. More… 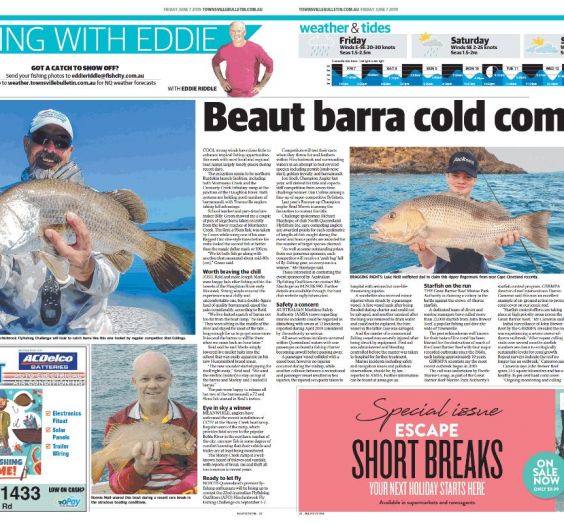 When will this wind stop blowing?🙄 As per each Friday in the Townsville Bulletin, my weekly fishing column. Barras on… 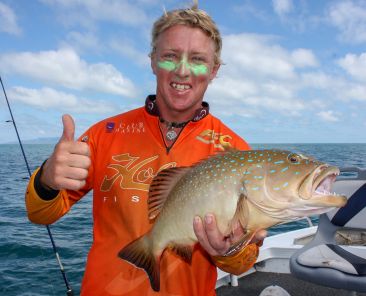 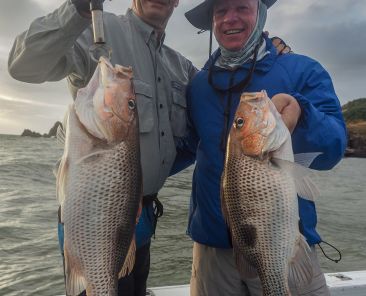 20 May: Tough times at the Cape 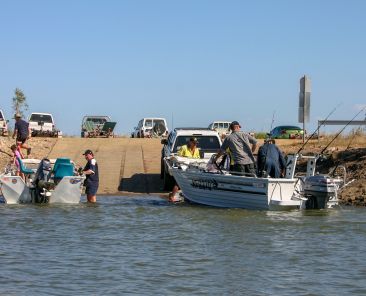 Fishing the Townsville REGION including:

Get in TOUCH or get social

Get in touch to book now or enquire about a Townsville fishing charter for your upcoming visit or time off!

Reel services, repairs and upgrades... all brands - all models, Heath at the Fishing Warehouse can get it sorted 👌Staff Profile: HEATH KERR
Today we caught up with the bloke in the FISHING WAREHOUSE reel repair engine room - and he knows about plenty more than just the working bits of a fishing reel. Laid out in front of Heath Kerr was Stella – in pieces, in the midst of a routine service🔧 Stella needed him💞
Heath is just one of several smiling faces to greet customers when the door swings open – but that’s only when he’s not out the back giving a bit of love to some overworked reels. Here’s 2 minutes with Heath

FW How long have you worked in the fishing tackle industry?
🎣HK “Collectively, 16 years”

FW What do you consider your area of expertise?
🎣HK “Obviously reel repairs but services, upgrades and performance tuning too, I guess.”

FW Overhead or threadline – which do you prefer to work on?
🎣HK “Give me a threadline.”

FW Best reel maintenance tip…
🎣HK “A good washdown after a session in the saltwater never goes astray. Not high pressure or hot water, but a gentle rinse and clean and use a small amount of detergent to make sure the salt is released from the reel.”

FW What’s your favourite style of fishing?
🎣HK “I love estuary and inshore stuff but I’ve found a lot to like about bluewater and gamefishing – marlin in particular – over the last couple of years”

FW Right, tell us about your most memorable catch.
🎣HK (Thinks about it for a nano-second) “Easy, a 108cm barra I caught in Morrissey’s just after the season opened this year. Of course, I let it go – although I copped a bit of lip from my mates.

FW Bucket list fish Heath… what would it be?
🎣HK “A decent sort of red emperor. I’ve been around when they’ve come over the side but I’ve always ended up with the undersize models”

FW Okay, tell our Fishing Warehouse friends 3 lures you would choose above all others.
🎣HK “First would be a Smith brand lure, a Cherry Blood. Second would be a Killalure Flatz Rat and third, I’d find it hard to go past a smallish Bomber Long A.”

FW And your favourite rig?
🎣HK “Dropper or Paternoster with a 6/0 suicide or beak hook.”

FW What do you like best about the Fishing Warehouse?
🎣HK “I’m a bit partial to the comradery among the guys here. They’re good and knowledgeable fellas, but also the customers. They mostly all come in with a common goal and that’s to go fishing… and I like that”

FW Thanks for your time Heath… hoping Stella is okay 👌 ... See MoreSee Less

Great new comp at your local tackle store... 👌Sharpen your hooks and test your knots because the FISHING WAREHOUSE Fish of the Week competition has morphed; it’s grown; into the all new 🎣FISH OF THE MONTH🎣 competition.
Kicking off on Wednesday July 1, there are great prizes up for grabs and entry is FREE, easy and open to everyone.👏
Simply snap a pic of your catch 📷(must be caught within the month of entry) and let it find its way here to our Facebook page.
And remember to throw in just a few words about your catch ✍️
The Fishing Warehouse Team look forward to sorting through plenty of entries in this brand-new and exciting monthly competition. Good luck everyone and here’s to seeing your name on this great trophy! 🏆🤞 ... See MoreSee Less